Fanwor is an action-adventures in the style of the game "The Legend of Zelda" (© by Nintendo). The source code of this game is available under the terms of the GNU PUBLIC LICENSE version 2. A copy of this license is included in the source code tarball.

Fanwor has originally been written for the "Magic Game Contest", a programming contest held in 1999 for the now ancient Atari TOS computers. Some years later, I've adapted the source code to Linux, using the SDL library as the graphical interface. Please note that the game has been written very long ago, and there haven't been any more real changes during the last years, so there are certainly better Zelda-style action adventures available nowadays. This game is mainly provided here for historical reasons.

As mentioned, Fanwor is a game that uses the SDL library for Linux (and most likely it also runs on other systems that are supported by the SDL library, e.g. FreeBSD). Only the source code is provided here, so you need to compile the game on your own. For this you first need to install the SDL Library and the SDL-Mixer Library (for the sound) on your system. Both can be found at: www.libsdl.org. Furthermore you also need the PNG library and the ZLib library since Fanwor uses the PNG picture format internally.

Once you've compiled the sources, you can start the game by running the "fanwor" executable. You see your hero from above. Using the cursor keys you can move the hero around the screen. Pressing a button will make the hero to use his sword. This way you can kill the evil monsters. Each time you touch a monster, you will loose some energy. The game is over when you lost all your energy. Your objective is to collect eight magic gems that have been spread over the whole world.

Currently we provide only the source code of Fanwor, so you've got to compile it on your own:

The current development version can be browsed and downloaded via git: 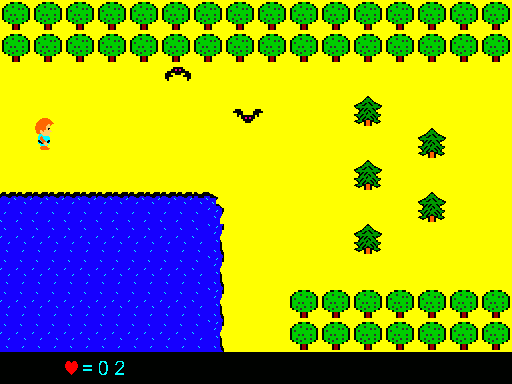 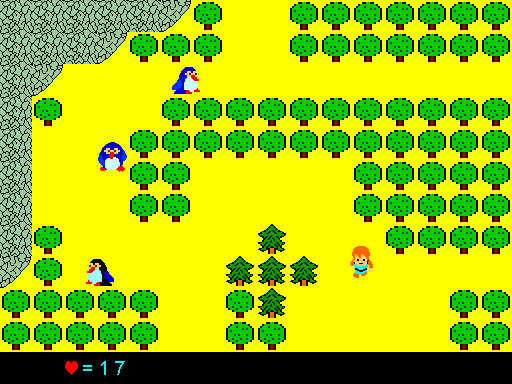